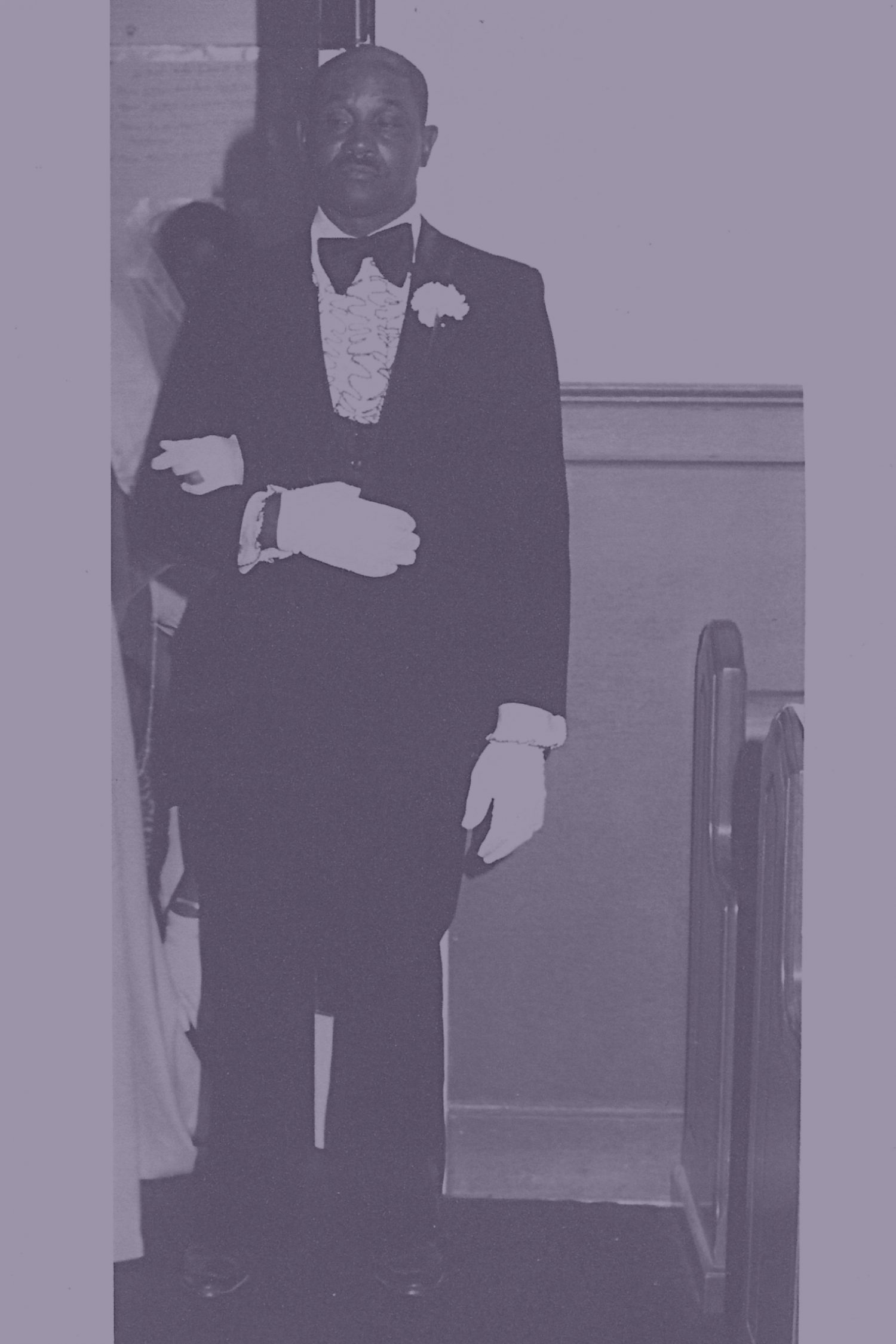 Plumber, carpenter and electrician to Orange and Chatham County’s African American Community, Walter Riggsbee owned the building at 111 South Merritt Mill Road with wife Molly, now named “Walt’s Grill.” In the late 1980s 111 South Merritt Mill Road served as a temporary men’s shelter.  Prior to that, it was a church, restaurant, grocery store, and beauty parlor. It is now Ms. Molly's Gift Shop and Walt’s Grill operated by his children in their memory. Mr. Riggsbee was born in Orange County to parents Lonnie Riggsbee and Mary Edwards. He grew up in both Chatham and Orange counties. He built and rented homes to poor families in need. Mr. Riggsbee is a 1935 8th grade graduate of Orange County Training School. While he couldn’t afford higher education, he believed that if you can spell you can read and if you can read you can learn. He purchased books to learn his crafts of plumber,carpenter and electrician and used his and his uncle’s homes for testing.  While working at the University Laundry, he met and later married Mary (Molly) Neville and together had five children. 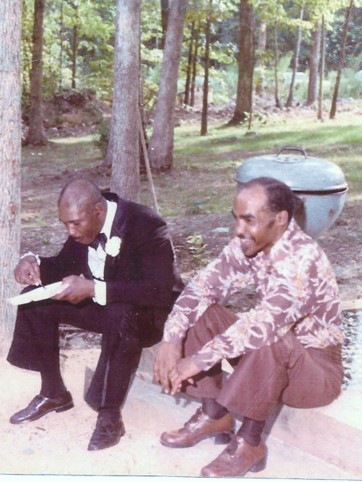 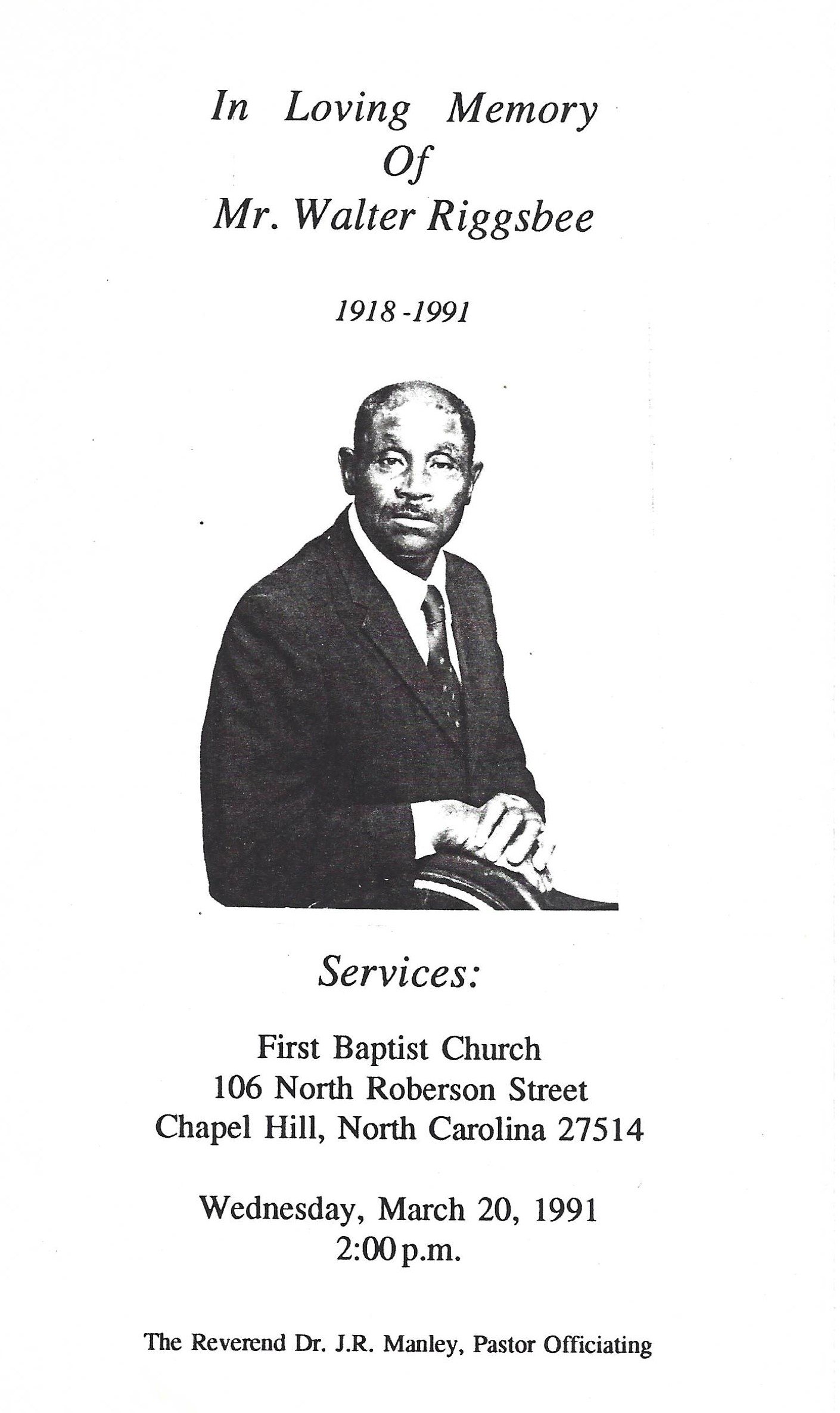 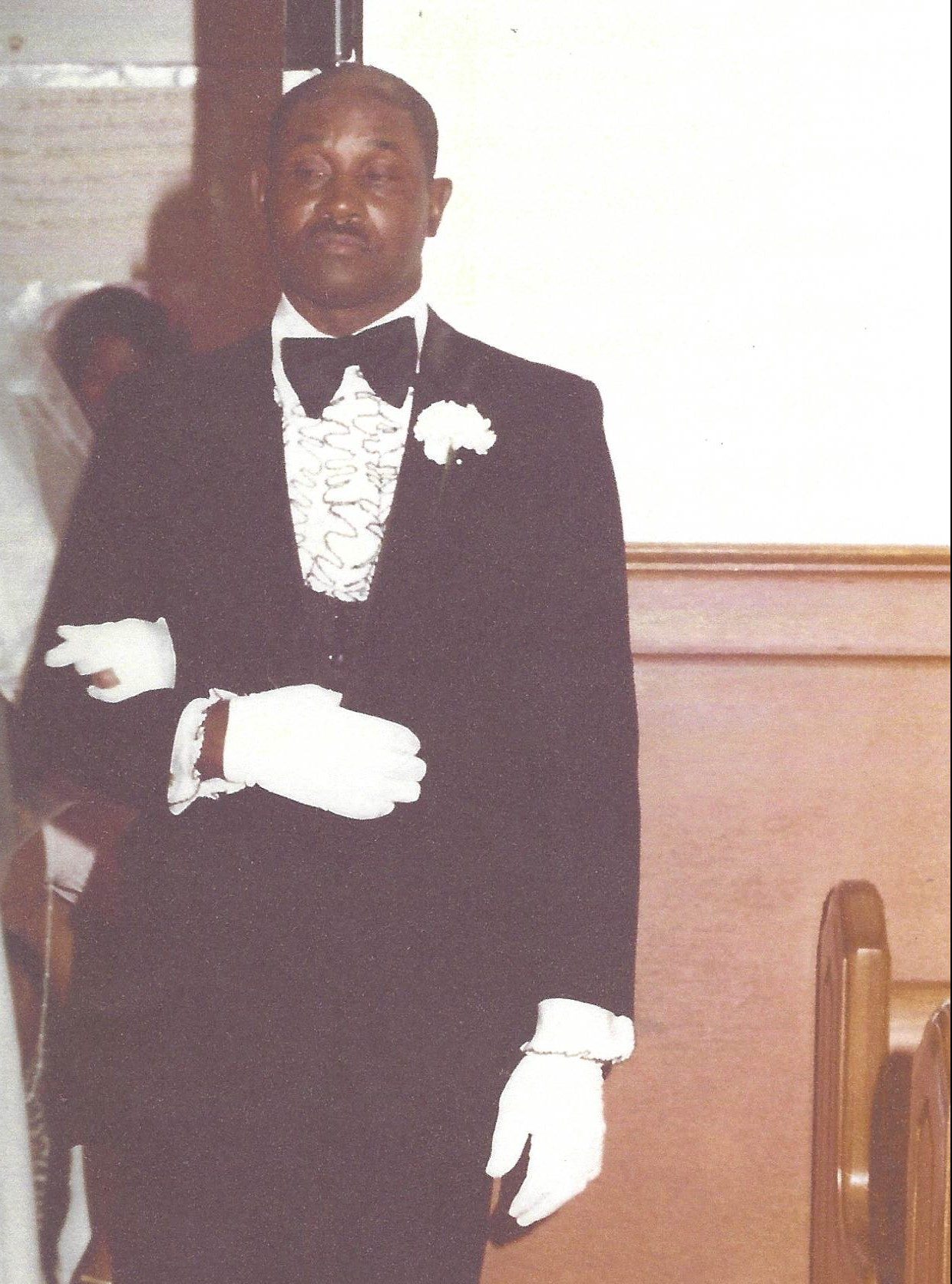